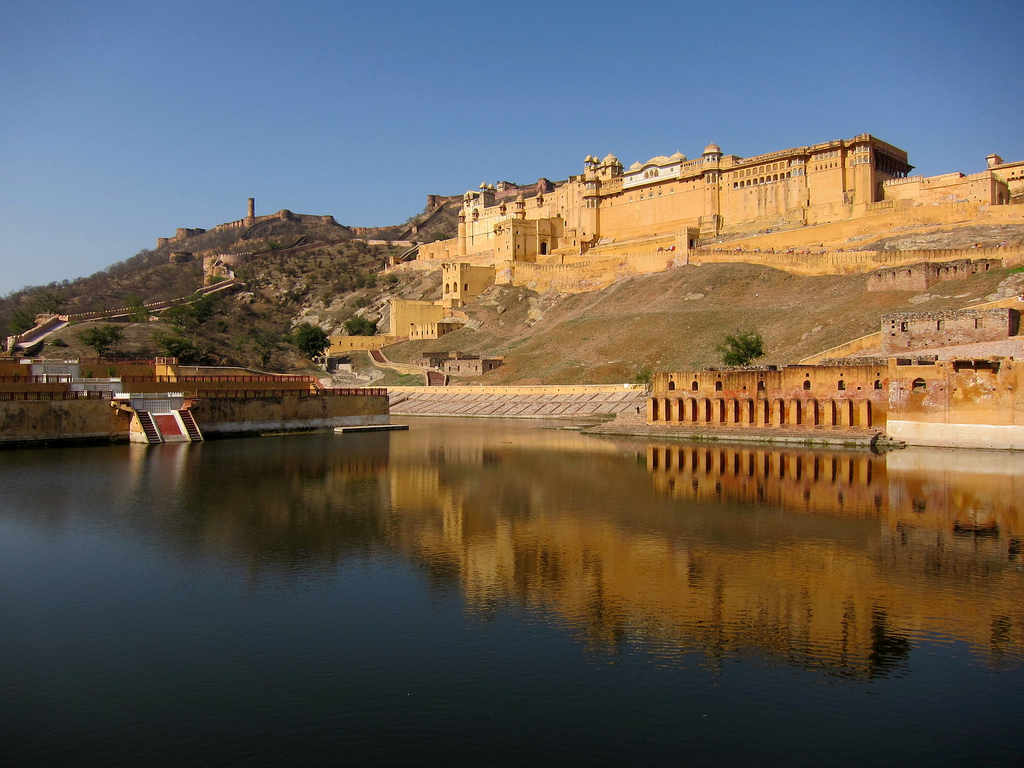 Rajasthan has been always the center for cultural heritage and historical buildings. The rich culture of Rajasthan is which draws people from around the world to it. The music, the food is authentic to its state. Let’s go on a visual tour to the best tourist places in Rajasthan and feed our palates.

Located on a hill in Jaipur, this fort is a common tourist spot. Adorned with the Hindu architectural beauty, one can view the Moata Lake from the top. Delicate construction of the building with red sandstone and marble, the fort consists of Diwan-i-Aam (Hall Of Public Audience), the Diwan-i-Khas (Hall Of Private Audience), the Sheesh Mahal (the Mirror Palace) and the Sukh Niwas, the artificially created hall where a cool climate is made with by the winds that blow over the water cascade inside the palace.

Brilliantly created cascade, provides cool air and fresh breeze all the time. This palace is frequented by tourists across the world. This fort of Rajasthan radiates the culture and legacy of India.

The palace of winds, situated in Jaipur, is strikingly beautiful. The fort resembles the beehive and the 953 windows (Jharokhas) are enhanced with latticework. The rich heritage of Rajasthan reflects in the making of the fort. Also the historical background of the monument is rich and dates back to 1799. The pyramidal monument stands tall, consisting of five storeys towering to the enormous height of 50 feet from the base.

The Hawa Mahal opens with a grandiose door which follows to a large courtyard and also a museum. The Mahal looks stunning in the break of dawn with all the hues of the sun draped around the beautiful monument.

Lies in the heart of the pink city the city palace was the throne of the maharaja of Jaipur. This royal palace is awe-inspiring with all its areas occupied by gardens, courtyards, temples and museums. The architecture is a blend between Mughal and Rajput pattern, reflects the importance of the monument in history as well as in current times.

The royal palace is located just in the heart of the pink city, so there is numerous number of transports heading to the palace. So if you are an art lover and are fond of architectural marvels, head to the grand adobe “the city palace”.

The Jantar Mantar in Jaipur, is a mathematical excellence. This sundial is a superlative work of brilliance and intelligence. Consisting of a gigantic gnomon, the Jantar Mantar has a hypotenuse parallel to the earth’s axis. This instrument measures the time of the day, and the declination of the sun. Despite of the other Jantar Mantars in India, the largest sundial in India bags the dignity of World Heritage Site by UNESCO.

This monument of merit and Excellency dates back to the 18th century. The various instruments inside the Jantar Mantar reflects the very intellect and the Artistry of Maharaja Jai Singh II. So witness the Mathematical Mastery of the Jantar Mantar in Jaipur.

If you want to witness the landscape and the biosphere reserve of Rajasthan, go to this national park and most importantly the Tiger Reserve of Sariska. Located in the Alwar district of in the state of Rajasthan, this dry deciduous forest homes many wild animals. The land comprises of rocky landscapes, grasses and cliffs. It was declared as a tiger reserve as a part of India’s PROJECT TIGER in 1978. The flora and fauna of the land varies from the Bengal tiger to many other species.

The most seen species are Indian leopard, jungle cat, Indian Jackle, crested serpent eagle, Indian eagle owl and many other. The vegetation includes Dhok, Salar, Kadaya, and many other gigantic trees. So take in the warm and wild air of the Sariska Tiger Reserve.

Get some religious vibes in the holy land of the Karnimata Temple at Deshnoke in Rajasthan. The temple homes around 25,000 Black Rats (Kabbas) dwelling beneath the feet of the goddess. The dwelling of the rats comes with different versions of background stories, among which the most heard stories goes as a 20,000 strong army abandoned a battle and came for shelter in Deshnoke. While they learnt about the punishable sin of desertion, Karni Mata turned all of them into rats and gave them the temple as a shelter and as a gratitude the soldiers decided to serve Karni Mata.

The leftovers of the rats are considered as holy and are taken by the visitors. The Architecture reflects the Mughal style with various images of gods and goddesses carved in the inner sanctum. So come visit the grand Temple Of Karni Mata to get blessed and glorify the pure ambiance of the holy shrine.

The gorgeous adobe of art and craft in Rajasthan is one of the famous museums in Jaipur. This museum practices the most celebrated and desired form of art within its periphery. Skilled craftsmen and patrons of art are celebrated here.

The skills of art include dyeing with vegetable colors which is one of the oldest form of coloring. Also woodblock printing is also done. The museum does what it can to preserve the old art forms and gift it the coming generation. So get lost in the fabricated world of color and dyes and explore the tradition and art forms of Rajasthan.

Another national park of Rajasthan is this Keoladeo National Park. Formerly known as the Bharatpur Bird Sanctuary, is a major tourist center. It attracts many ornithologists during the hibernating season. The sanctuary was named after Shiva. It is a habitat for an enormous range of flora and fauna.

If you are a bird watcher, or want to spend your day amidst the aura of the wild souls, come visit the spirited world of the Keoladeo National Park.

One of the largest forts in India, Chittor Fort is also a world heritage site. The much talked about movie Padmavati’s story revolves around Chittor fort. The fort smells of the rich and much horrible history. Apart from the glorious history, the place has seen many deaths and demolition. The making of the monument is grand and colossal.

The many Stambhas (Pillars) stand firm depicting the architecture of that time. The Chittor is one of the few monuments which has so many tales and stories spread around on the walls of the fort.

Located about two and half kms from the Mount Abu, the hill station of Rajasthan, lies the Dilwara Temples. The simple architecture reflecting the values of Jain philosophy is worth a view. The intricate designs around the temple gives away the dedicated vibe of the craftsman.

The temple includes these five temples:

Also available facility to bath outside the temple, if you want to offer Puja to the lord. 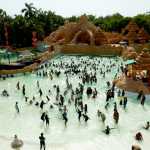 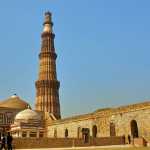