So here is a list of the crème-de-la-crème of the list which already celebrates the most heritage value loaded sites in India.

The Louvre museum is said to be the largest museum in the world because it is considered to be as big as a city. But what about Hampi, where a whole city is an open air museum with 1,600 sites of historical importance?

History: At one point of time, Hampi was the second largest city in the world after Beijing. Imperial Hampi, known as Vijayanagara, was the capital of its eponymous empire. In the year, it was looted and destroyed by the combined armies of the Deccan sultanates. And the site was then left in ruins, rediscovered in the eighteen hundreds; the city is now, inarguably one of the best historical sites of India.

Located:  In the Karnataka state, in Bellary district, the city lies on the banks of the river Tunagabhadra.

Accessibility: Hampi is easily accessible from Goa, Bangalore and Hyderabad with regular busses. Hospet is the nearest town and most convenient and cheap place to stay.

“Not a piece of architecture, as other buildings are, but the proud passions of an emperor’s love wrought in living stones.” Sir Edwin Arnold says related to the epitome of love, the white wonder, and the beauty of Taj Mahal.

Accessibility: The most easily accessible among each of the monuments in this list, you can visit this place by taking a train from Delhi or any other part of the country.

“Beauty lies in the eyes of the beholder”, maybe that’s why these groups of temples seem so fabulous to us. You will agree with us when you go to the place and see for yourself. So this UNESCO world heritage site will seriously bellow you from the rocks.

Located: in the town of Khajuraho, in the state of Madhya Pradesh.

Accessibilty: you can take a train which connects directly to the town of Khajuraho–Hazrat Nizamuddin Express from which you can directly take a cab to the site.

Let Padmapani and Vajrapani entice you in their grace when you visit the old paintings of Ajanta. 31 Buddhist rock-cut caves form a curve on the banks of a river. Marking the beginning of Indian classical art, Ajanta caves are an astounding world heritage site in India.

Located: 104 km from the city of Aurangabad in state of Maharashtra. (About 2 hours)

Accessibility: Vehicles from Aurangabad city are available to the spot.

Be it Igreja de Nossa Senhora do Rosário, Se Cathedral of Goa, Or Bom Jesus Basilica, everything here has a royal charm. People usually come to Goa in hopes of lying by the sand, sipping whisky by the beach. So many a times that inkling of seeing a heritage place in Goa is Shrivelled up. But now you know that Goa is full of places of historical value, you can go there anytime.

History: The city of Old Goa was found in the fifteenth century by the Sultanate of Muslim rulers of Bijapur as a port on the banks of the Mandovi River. It was then taken up by the first Portuguese viceroy Afonso de Albequerque, and during its prime, was called the Rome of the East. But after 200 yearsm, an epidemic hit the city and the capital was shifted west to Panjim. But the historical convents and churches still stand making it an open air museum.

Located: In the state of Goa.

Accessibility: How to reach Goa? Take a train/bus/flight from your nearest station and you will in Panaji in no time.

The first time I went to Ellora, I thought for a moment that aliens must have really come to Earth to build this large landscape. That was because there is no way one can imagine man building structures as great as this. There is no way man can carve into mountains so deep and make temples larger than mountains itself. I would say today’s engineers and technology would have a hard time replicating it.

History: All the caves in Ellora are not of a singular origin. Ellora was built over a span of 3 centuries by multiple kings.  The towering glory of Ellora, the Kailash temple, was built over a hundred year course of time by the Rashrtakuta Empire. Ellora is also a crowning example of religious harmony in ancient india as it contains Hindu, Buddhist and Jain temples in the same compound.

Located: 30 km away from Aurangabad city.

Accessibility: Regular busses run from Aurangabad to Ellora. If you want to have a more comfortable journey, you can hire a vehicle.

I don’t know why, but as soon as I think of Mahabalipuram, elegant dancers and aesthetic sculpting come to my mind. Maybe I am not wrong in thinking so because of the beauty which sprints in every corner of the sea facing structures at Mahabalipuram.

History: These structures were built by the Pallava kings in the 6th century AD.  The most magnificent temples there are the five Ratha temples named after the five Pandavas built in the form of chariots. The temples contain highly intricate carvings and reliefs most notable of these is the “The descent of Ganges” or called Arjuna’s penance which shows numerous hindu myths and legends.

Accessibility: Buses run regularly from Chennai to the place and you can also hire a vehicle to reach the place. 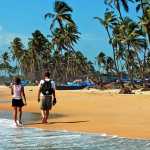 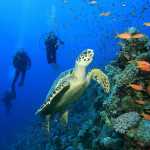